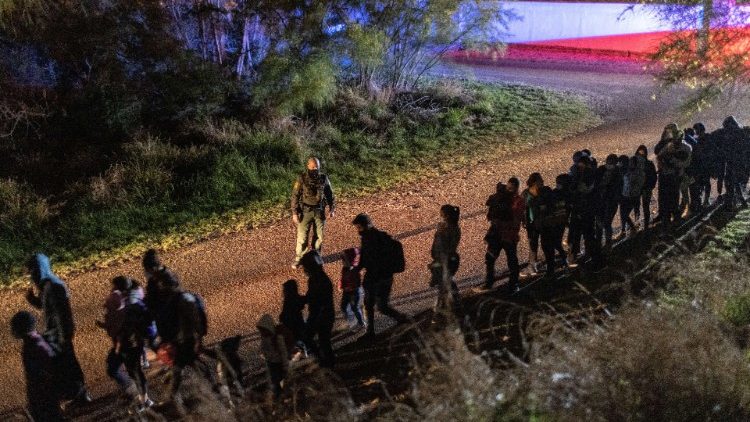 The United States Conference of Catholic Bishops has welcomed the Biden administration’s decision to raise the refugee admission cap from 15,000 to 62,500 during the fiscal year.

The refugee admission limit for the current fiscal year in the United States has been increased from 15,000 to 62,500 by the Biden administration.

Welcoming the news, the United States Conference of Catholic Bishops (USCCB) issued a statement on Tuesday, signed by Bishop Mario E. Dorsonville, auxiliary bishop of Washington and chairman of the USCCB Migration Commission.

In the statement, Bishop Dorsonville noted that “As a nation of immigrants, we have a moral obligation to help our brothers and sisters around the world who are in need.”

He described the updated refugee admissions cap as “a step in the right tirection to help those who need it most.”

He also said the USCCB is pleased “with the Administration’s previous decision to reinstate the regional allocation framework”, but warned that this increase was “a crucial step” towards “rebuilding the crippled Refugee Admissions Program”.

This number, he continued, “is a stepping stone toward the Administration’s stated goal of 125,000 admissions”, which he describes as “a figure more consistent with our values and capabilities as a nation.”

Refuge for the oppressed

Continuing his statement, Bishop Dorsonville noted that for decades the United States has been a leader in refugee resettlement.

“We are in the midst of the greatest forced displacement crisis of our lifetime and know that there are more than 26 million refugees worldwide and more than 47 million people who are internally displaced,” he says.

For this reason, he continued, “it is imperative that we act now to ensure the safety of these individuals and their families.”

Bringing his statement to a close, Bishop Dorsonville warned that “the Catholic Church teaches that every person is created in God’s image and must be valued, protected, and respected for the inherent dignity that he or she possesses.” Finally, he said, “it is more important now than ever that our country continue to lead as we address this humanitarian emergency.”