Israel-Gaza: Aid agencies call on all parties to end violence 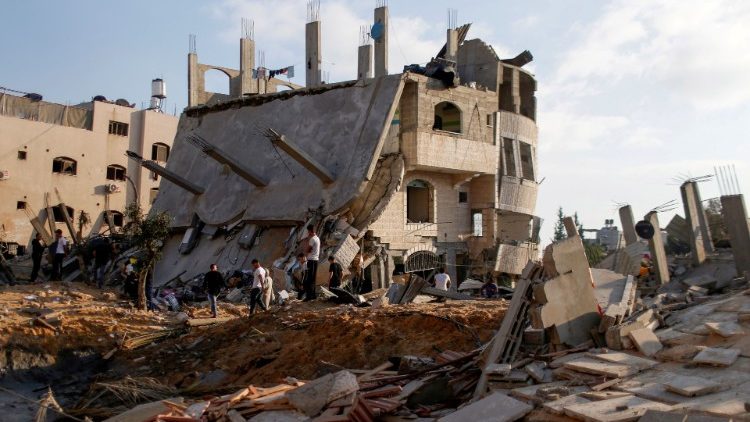 As another night of violence rocks southern Israel and Gaza, aid agencies are calling on all parties to end violence and de-escalate tensions.

It was another night of violence as Hamas launched rocket barrages at southern Israel. Thousands of Israelis took refuge in shelters as sirens blared in Tel Aviv.

With no end in sight to these hostilities, Israel said it was preparing ground troops along the Gaza border.

Seven people have been killed in Israel and at least 67 in Gaza since violence escalated on Monday.

Israel launched its offensive after Hamas fired rockets at Jerusalem and Tel Aviv in retaliation for Israeli police clashes with Palestinians near the al-Aqsa mosque in East Jerusalem during the Islamic fasting month of Ramadan.

With the international community fearing the situation could spiral out of control, US President Joe Biden planned to send an envoy, Hady Amr, for talks with Israel and Palestinians.

Calls for an end to violence

In a statement, the Director General of the agency, Henrietta Fore called on all parties to end all violence and de-escalate tensions.

The UK based Catholic aid agency CAFOD said, “the only way out of the cycle of violence and for Israelis and Palestinians to be truly secure, is to revive hope for a just Israeli-Palestinian peace process, aimed at creating the conditions for a stable peace based on justice, where all must be treated equally.”

Meanwhile, the charity Save the Children said at least five schools in Gaza were damaged and school has also been suspended in southern Israel.

Jason Lee, Director for the Palestinian Territories at the charity, said children are terrified. “For them, as for all families in Gaza,” he pointed out, “the last 48 hours are like the horrors they have witnessed over the last 12 years in three wars in Gaza.”

With the situation at a dangerous tipping point, Save the Children is also calling “on all parties to the conflict to adhere to their obligations under international law and to take extra precautions not to target the civilian population particularly children.”