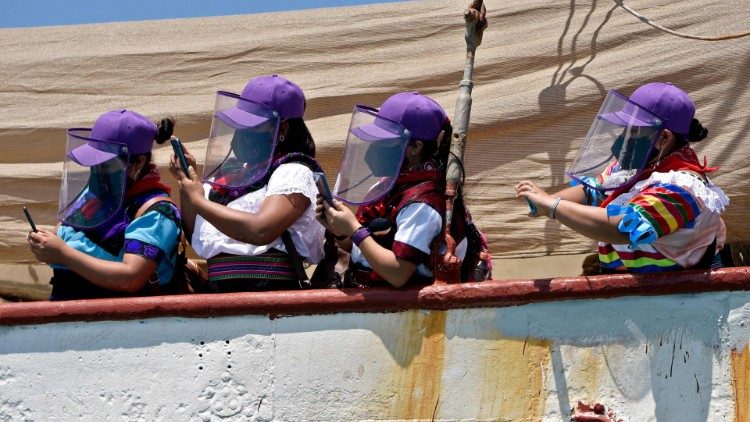 Mexico`s Zapatista rebels, famed for their masks and pipes, are planning to launch a symbolic invasion of Spain, to mark the 500th anniversary of the Conquistador incursion into Mexico.

The indigenous Zapatistas have just confirmed,  that they`re going to launch a flotilla of canoes, bound for the old world and Spain, to symbolically invade it, as was done to them by the Spanish overlords between 1519 and 1521.

A smaller armada this time around, consisting of four sturdy canoes manned by a magnificent seven, led by long time Zapatista leader and some time university lecturer, Sub Comandante Marcos.  But far from hostilities, they`re planning hospitalities with a fiesta on the territory of the Spanish Main.

They`re preparing to set sail on May 3rd from the Caribbean island of Isla Mujeres and reach Madrid by August 13th, which just happens to be the 500th anniversary of the Spanish War.  The Zapatistas insist they were never, ever conquered,  as they`re back for more, and after all this time, there`s no need for the Spanish to apologize, as they`ll be peacefully and diplomatically burying the hatchet.

The Zapatistas have mellowed into a political movement, since briefly waging an armed uprising against the Mexican Government in 1994. Since then they`ve settled for political autonomy and splendid isolation.

The hidden life of Somalia’s Christians