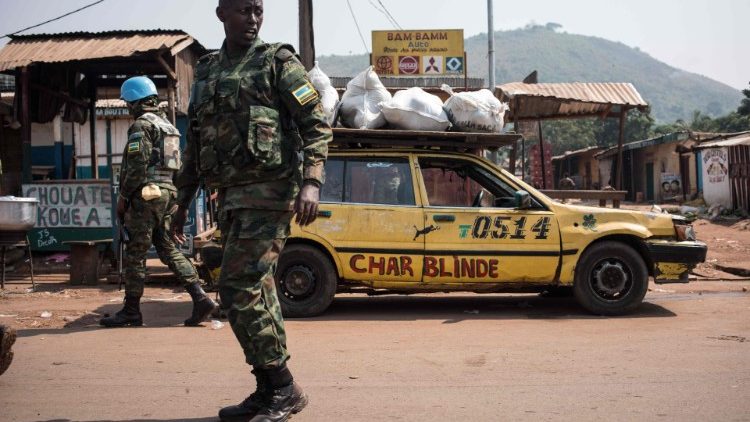 A missionary collaborator is the sole victim of a mine that exploded when a car of the Catholic Mission of Niem drove over it. Locals suspect that the mine was probably set by rebels active in the region.

A vehicle belonging to the Catholic Mission of Niem, in the Central African Republic, exploded on a landmine on Wednesday, killing a young collaborator attached to the Mission and injuring two others, including a priest.

Confirming the tragic incident, Bishop Mirosław Gucwa of Bouar explained that Fr. Arialdo Urbani (a parish priest who takes care of schools) and one of the members of the Mission were on their way to the village of Kolo to attend a school run by the Mission. When preparing to return, they met another collaborator of the Mission who asked to be taken to visit his sister who was admitted to the Mission hospital.

In spite of Fr. Urbani’s warnings about the dangerous mines on the road, the collaborator joined them on the journey and unfortunately, about 10 kilometers from Niem, near Zakau village, the car drove over a mine, killing the young man who ran the village dispensary.

Father Urbani, who was driving, sustained serious but not life-threatening injuries, and is in the mission hospital. The other collaborator also suffered minor injuries.

“Fortunately, the bomb that hit the missionaries car was relatively low-explosive. If it had been an anti-tank mine, we would now mourn three victims,” said Bishop Gucwa.

He further noted that the Mission car was the third hit by mines along the dangerous road between Niem and Kolo. The first car to be hit by a mine belonged to a businessman and the second car was conveying Russian citizens.

Local sources say that the rebels of the Coalition des Patriotes pour le Changement (CPC) have long been placing mines and improvised devices along the road between Niem and Kolo where the explosion happened. Residents also suspect the Russian mercenaries operating in the country in connection with these episodes.

Conflict in the Central African Republic

The Central African Republic has been facing sporadic surges of conflict since a violent takeover of power in 2013. The aftermath saw armed groups reach a multitude of peace agreements even as they continued fighting each other and endangering the civilian population.

The situation in the country has worsened in recent times after the rejection of former president François Bozizé’s candidacy for the December 2020 presidential elections.

The hostilities between government forces and non-state armed groups, including the CPC, have drawn out over the past months, pushing the country even deeper into a new cycle of violence.

The CPC was formed from the merger of six rebel groups in December 2020 – four from the Seleka (a coalition that overthrew President François Bozizé in 2013) and two others from the anti-balaka (self-defense militias originally created to fight the Seleka).

The increased fighting in the land-locked country has resulted in a humanitarian crisis and has led to the displacement of over 2.8 million people, with many fleeing to the Democratic Republic of Congo, Chad, Cameroon and the Republic of Congo.