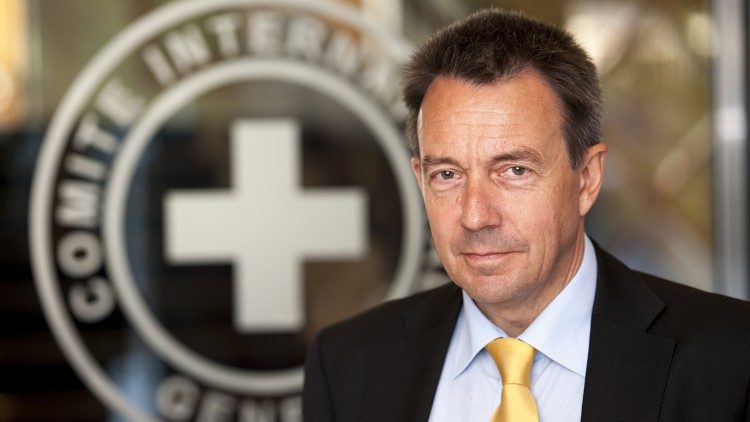 The President of the International Committee of the Red Cross (ICRC), Peter Maurer, emphasizes the importance of recognizing our shared human dignity in an interview with Vatican News. Mr. Maurer was one of the participants at a high-level virtual event on “Multilateralism, Fraternity and Peace” organized by the Holy See on Thursday.

A high-level online event took place on Thursday, with discussions focued on “Fraternity, Multilateralism and Peace” in light of Pope Francis’ latest Encyclical Fratelli, tutti with the aim of promoting the common good of the human family.

The virtual meeting, organized by the Permanent Mission of the Holy See to the United Nations in Geneva in collaboration with other Catholic organizations, saw the presence of UN officials, international organizations and several other dignitaries, including Vatican Secretary of State, Cardinal Pietro Parolin, and President of the Pontifical Council for interreligious dialogue, Cardinal Miguel Ayuso Guixot who both presented discourses related to the theme of the event.

Also present at the online event was Peter Maurer, President of the International Committee of the Red Cross (ICRC), who spoke to Vatican Media’s Stefanie Stahlhofen on the motivation behind the event.

Mr. Maurer explained that the major takeaway from the online event was to see the humanitarian and multilateral organizations highlight the communality of human dignity.

“Whether you look at human dignity from the perspective of religion, of work, of humanitarian concerns, from refugees, from health – all of us have some common founding which are reflected in the Pope’s Encyclical Fratelli tutti, but which are also reflected in the little bodies that our organizations represent,” he said.

Maurer further stressed that finding and this common ground of value, and bringing it to the fore, is critical to building a counter-narrative against societies that are marked by egoism and self-reliance.

The Red Cross at service of humanity

Peter Maurer emphasized that the work of the Red Cross all over the world is also inspired by the same common ground of values that is necessary to deliver concrete humanitarian assistance and protection to those in need.

In fact, it was this same recognition of our shared common bond that inspired Henry Durant, founder of the Red Cross, to use the slogan “fratelli tutti” – the same words Pope Francis used as the incipit of his Encyclical – to convince people to provide aid to parties in conflict regardless of their affiliation.

He further noted that over the centuries, and in the last ten years, in particular, the ICRC has deployed an impressive amount of humanitarian services to the marginalized and those affected by armed conflict. The Red Cross has also brought not only assistance but has additionally tried to influence the behaviour of belligerents, according to the values and norms of religions and international treaties.