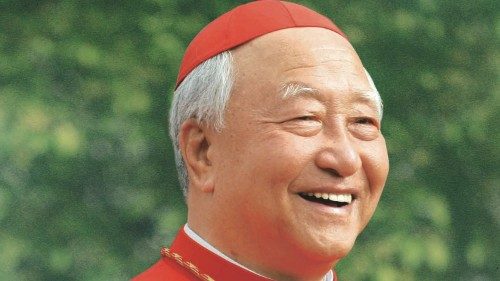 The late cardinal, who “wanted the Church to be the light and salt of society”, emphasized the values of life and family, said Cardinal Andrew Yeom Soo-jung of Seoul.

South Korea’s Cardinal Nicholas Cheong Jin-suk, former Archbishop of Seoul, passed away on Tuesday.  He was 89.    A towering figure in the Korean Church and former president of the Catholic Bishops’ Conference of Korea (CBCK), died at St. Mary’s Hospital in Seoul on April 27.  He had been receiving treatment for various old-age ailments, according to a press release from Seoul Archdiocese.

Cardinal Cheong was hospitalized in February and his condition improved by the first week of March. At his request, hospital staff removed most of the life-saving equipment from Cardinal Cheong, who could respond to people who prayed for his recovery.  He marked the 60th anniversary of his priestly ordination in the hospital on March 18 when his relatives visited him.

Cardinal Cheong had committed his organs, including his corneas, for donation upon his death.  In a condolence message, the current Archbishop of Seoul, recalled his predecessor’s dedication to mission, saying he “wanted the Church to be the light and salt of society, and practiced a pastoral ministry that emphasized the values of life and family.”

Cardinal Yeom celebrated a midnight requiem Mass for his predecessor on April 27 at Seoul’s Myeongdong Cathedral.  “Cardinal Cheong gave out everything he had to churches and the poor. He donated his organs to devote himself to helping the weak,” Cardinal Yeom said in his homily.  “He was always free from material things and he was unconstrained.”  He said his predecessor was warm-hearted, considerate and caring like a mother.

Cardinal Cheong’s funeral will be held at the cathedral on Saturday. He will be buried in the Yongin Park Catholic cemetery, on the southern outskirts of Seoul, where many a clergy are buried.

Cardinal Nicholas Chong Jin-suk was born on Dec. 7, 1931, in Seoul, in a devout Catholic family. He briefly studied chemical engineering before joining the seminary for priestly formation.  Following his priestly ordination on March 18, 1961, these are the major events in his life:

Economic Affairs of the Holy See

2012, May 10      Resigned as Archbishop of Seoul, Apostolic Administrator of Pyong-yang

As a priest and bishop, Cardinal Cheong prioritized evangelization and increasing the number of Catholic faithful in the country.  A passionate and enthusiastic reader and writer since his childhood, he authored and translated some 60 books, mostly related to canon law and catechism.

He was a pro-life advocate and strongly opposed abortion. He made the life issue a central theme of pastoral affairs as the head of Cheongju Diocese and later of Seoul Archdiocese.  In 2005, under his leadership, Seoul Archdiocese launched the Committee for Life after a Korean scientist triggered a national and global storm with claims of having cloned human embryos from stem cells.   Cardinal Cheong dedicated a Mass for Life in December 2005 that aimed at spreading the culture of respect for life, urging human beings that they should not mistake themselves for owners of the world.   The following year, he led a Eucharistic Congress in parishes with the theme “Christ in our Lives” that emphasized the life movement.

The cardinal is remembered for being exceptionally supportive of disadvantaged people and communities. As bishop of Cheongju, he helped to establish Kkottongnae (Flower Village), the largest church-run social welfare facility in South Korea.

Following the death of Cardinal Nicholas Cheong Jin-suk, the number of cardinals worldwide now stands at 223 cardinals, of whom 126 are electors and 97 non-electors.