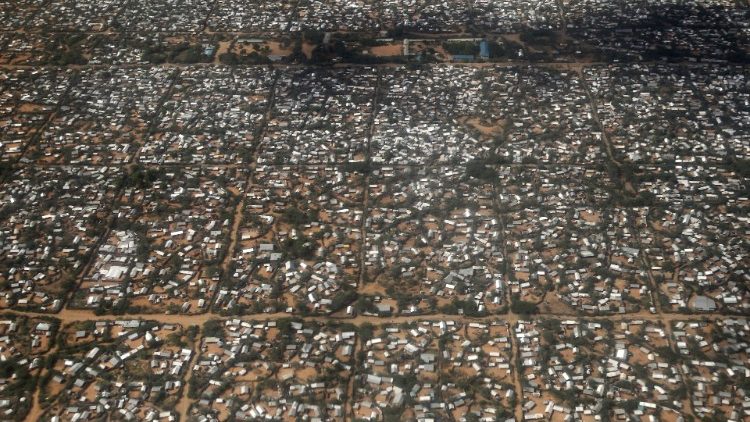 Kenyan Bishops have appealed to their government not to close Dadaab and Kakuma refugee camps.

The Kenyan Bishops contend that closing Dadaab and Kakuma camps and repatriating refugees and asylum seekers against their will back to Somalia is against international law. Given the ongoing war in Somalia, insecurity, and governance challenges, Kenya’s Catholic Bishops said refugees should only go back when Somalia’s situation improves.

In a statement released over the weekend, the Bishops said that forcibly returning refugees to Somalia, where there is still insecurity, would only lead to more suffering of many vulnerable women and children.

“We, the Kenya Conference of Catholic Bishops (KCCB), applaud the Government of Kenya for hosting and giving refugees and asylum-seekers protection over the years. This has been a good gesture to these people who felt they are a lot safer in Kenya,” said Archbishop Philip Anyolo, who chairs of KCCB.

“It is highly unfortunate and regrettable that the intention by the Kenyan authorities to close Dadaab and Kakuma refugee camps within a short timeframe comes at a time that these people need help. This is a time to give protection and embrace the most vulnerable in our society,” said Archbishop Anyolo. He added, “These brothers and sisters of ours living in the camps have become even more vulnerable due to the COVID-19 pandemic.”

It is not the first time that the Kenyan government is attempting to close the refugee camps established in 1991. In 2016 a similar plan was again only stopped by Kenya’s High Court. Kenyan authorities say that the al-Shabab jihadist group uses the camps to plan and carry out attacks on Kenyan soil.

It is a complex and highly emotive crisis that inflames tempers on both sides of the argument. Kenya has, in recent years, been the target of terrorist attacks. For its part, the Somali-based al-Shabaab terrorist group has never hidden its intentions to expand operations into Kenya and possibly beyond.

Kenyan Bishops say the government should consider increased security and not closure.

Pope: St Teresa of Ávila shows importance of women in Church and society