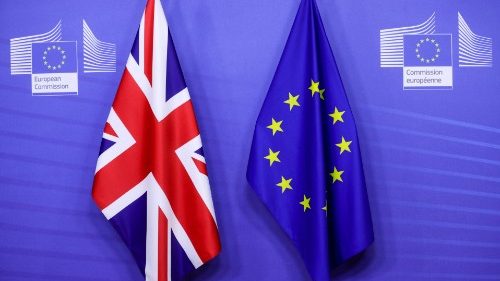 The European Parliament approves the post-Brexit trade deal between Britain and the EU, paving the way for the Treaty’s formal ratification.

After four years of, at times difficult negotiations, a post-Brexit trade agreement was announced on Wednesday morning by the European Parliament.

Welcoming the deal, European Commission President Ursula von der Leyen said “The TCA (Trade and Cooperation Agreement) marks the foundation of a strong and close partnership with the UK. Faithful implementation is essential.”

“I warmly welcome the results of the vote by the European Parliament on the EU-UK trade and cooperation agreement. It marks a major step forward in EU-UK relations and opens a new era,” he said on Twitter.

Meanwhile, British Prime Minister Boris Johnson said, “This week is the final step in a long journey, providing stability to our new relationship with the EU as vital trading partners, close allies and sovereign equals.”

The striking of this deal brings the curtain down on Britain’s 47 year membership of the EU and was overwhelmingly approved by 660 MEPs. Only 5 voted against it and there were 32 abstentions.

The results of the vote were announced on Wednesday morning in Brussels by the President of the parliament David Sassoli after it was approved on Tuesday. However, he warned MEPs would monitor the implementation of the deal and “not accept any backsliding from the UK government.”

The vote comes amid tensions on a number of fronts: There’s the threat of French reprisals against the UK over new fishing restrictions.

There is also the issue of Northern Ireland, which, under the NI Protocol remains part of the EU’s single market. A recent upsurge in violence there has been blamed in part on this plan.

Another bone of contention has been rows over the supply of the AstraZeneca vaccine amid the COVID-19 pandemic.

With the approval of this Brexit trade deal, the treaty can now be formally ratified by the European Union.

Pope at Audience: Meditating is a way of encountering Jesus

Bishops of Britain and Scotland call for protection of vulnerable migrants