Aid to the Church in Need healing wounds of religious extremism 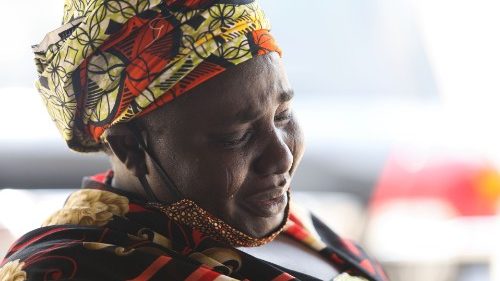 The Pontifical Foundation, “Aid to the Church in Need” (ACN), launches a new campaign to help heal the wounds of religious extremism in Africa.

Over the last years Christians in Africa have been the target of unprecedented attacks by Islamic extremists. This is why Aid to the Church in Need (ACN), the Pontifical Foundation supporting persecuted Christians in world, has approved the allocation of more than  $9,5 million for a new campaign to reach out to the victims and promote peaceful coexistence.

Dubbed “Heal the wounds of religious extremism in Africa”, the campaign supports a number of initiatives and programmes aimed at mitigating “the suffering of the people and enable them to experience a little Easter hope”, Dr Thomas Heine-Geldern, ACN executive president, has explained. “The Catholic Church in Africa is itself often one of the victims, but more than anything it is an important source of support, reconciliation and healing for all who are suffering violence. For this reason, ACN considers the aid it provides to the Church of the ‘continent of martyrs’ one of its most crucial missions, now more than ever,” Dr Heine-Geldern says.

One of the key priorities of the African Church’s mission is the promotion of interreligious dialogue to further understanding and fraternity on all sides. In the predominantly Islamic country of Mali, for example, ACN is helping the Institute for Islamo-Christian Formation erect a new building in the capital of Bamako to make interreligious courses accessible to more students.

But true peace also requires healing the wounds of the trauma experienced by the victims of Islamist terrorism. To assist their rehabilitation, ACN is sponsoring several projects focused on spiritual and psychological training. One of these projects is taking place in the Diocese of Maiduguri, Nigeria, where the Islamist terrorist group Boko Haram has left two thousand traumatized widows and several thousands of orphans. ACN has helped set up a centre training trauma therapists to assist the victims.

Funding spiritual retreats and training courses for priests and religious

Aid to the Church in Need also provides funding for spiritual retreats and training courses for priests and religious to help them live out their vocations in dangerous conditions. The pontifical foundation sponsors regular seminars for priests and religious in countries like Burkina Faso (where tens of thousands of people have been displaced by Islamist attacks and many Christians have been killed over the last few years), but also in Cameroon, Nigeria and the Central African Republic.

Additionally, ACN helps priests and religious earn their livelihoods and offers them means of transportation so they can carry out their work to assist victims of Islamist violence. 26 religious women in the Diocese of Pemba in the war-torn Mozambican province of Cabo Delgado have benefited from this kind of aid.

Supporting the reconstruction of churches

Finally, the Catholic foundation is supporting the reconstruction of churches and religious infrastructure which have been damaged by Islamist groups. For example, in the predominantly Islamic country of Niger, funds have been granted to rebuild a parish church in the city of Zinder, which was destroyed in 2015 in retaliation for the publication of the cartoons depicting the Prophet Mohammed by the French magazine “Charlie Hebdo”.

According to the Aid to the Church in Need’s 2021 Report on Religious Freedom in the World, published last week, Africa includes 12 of the 26 countries figuring in the red category, which denotes the existence of persecution. These are: Mali, Nigeria, Burkina Faso, Cameroon, Niger, Chad, Democratic Republic of Congo, Eritrea, Mozambique, Gibuti, Somalia and Lybia.