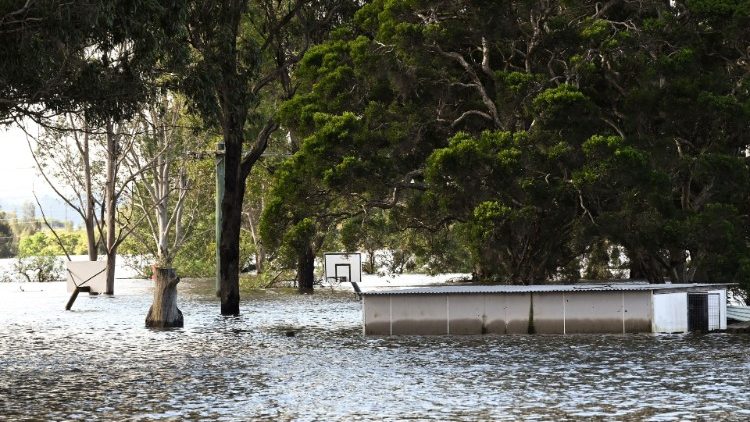 Pope Francis says he is close to people and communities in Australia’s New South Wales State where floods have destroyed homes and caused extensive damage.

Pope Francis on Wednesday expressed his sorrow and concern for all those affected by devastating floods in Australia.

“In these days, great floods have caused serious damage in the State of New South Wales, Australia,” he said, adding that he is close to “the people and families who are affected by this calamity, especially those who have seen their homes destroyed.”

In breaking news, reports today said rescuers have retrieved the body of a man found in a car trapped by floodwaters. It is the first death linked to extreme weather conditions across Australia in recent days that has submerged houses, swept away cars and livestock and cut off entire towns.

Pope Francis who was speaking during the weekly General Audience also had words of encouragement for those who are working to search for the missing and bring relief.

More than 40,000 people have been forced to flee their homes as torrential rain sparked dangerous flash floods, and authorities issued new evacuation orders for residents in Sydney’s western regions to move to safe zones.

In some other areas, a massive clean-up operation began as rain stopped falling, and food and other emergency supplies were flown in over swamped roads.

The premier of New South Wales, the worst-hit state, warned that water levels would keep rising in some areas as major dams and rivers continued to overflow. The flooding has been described as the worst in 50 years, and in some places 100 years.

Pope: crucifix our compass and hope in life