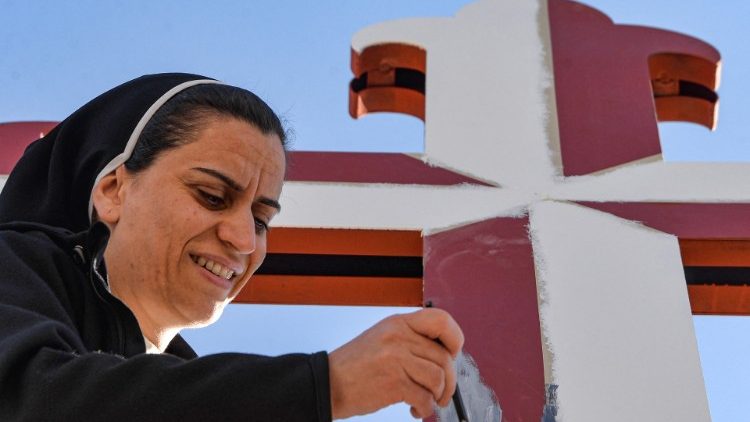 The Australian embassy to the Holy See invites everyone to join a webinar marking International Women’s Day on 8 March.

Each year on 8 March, we celebrate International Women’s day. The global theme for 2021 is: “Women in leadership: achieving an equal future in a Covid-19 world.”

For the occasion, the Australian Embassy to the Holy See has organized an open webinar that sees the participation of women and men, religious and lay persons, who work with the Holy See or with the Vatican. They include Sr. Alessandra Smerilli, coordinator of the Economy Task-Force of the Vatican’s Covid-19 Commission; Bishop Paul Tighe, Secretary of the Pontifical Council for Culture; Francesca Di Giovanni, Undersecretary for the Holy See’s Multilateral Sector Section for Relations with States; and Cardinal Mario Grech, Secretary-General of the Synod of Bishops.

As Chiara Porro, the Australian Ambassador to the Holy See explained to Vatican News, the theme chosen for the webinar is “Choosing to Challenge”:Listen to the interview with Ambassador Chiara Porro

Inviting everyone to join the webinar from 10 to 11 am CET, Ambassador Porro noted that this year we celebrate the 110th anniversary of International Women’s Day.

“Choosing to Challenge” is one of the themes that falls under the umbrella “Women in leadership: achieving an equal future in a Covid-19 world,” she explained, saying the discussion will focus on challenging the mentality, the work culture, and other barriers that women face in achieving gender equality.

She noted that “within the Vatican walls there have been a number of initiatives and relevant appointments that promote gender equality in the workplace” and that highlight the important role that women are playing in the Holy See, in the Vatican, and in the Church at large.

Pope Francis and a changing mentality in the Vatican

Ambassador Porro expressed her belief that the Pope’s leadership on this issue has had a huge impact on how reality is evolving in the Vatican.

“He’s spoken often about women,” she said and revealed that the female ambassadors to the Holy See will also be releasing a video on International Women’s Day reflecting the advocacy that Pope Francis has been doing to advance gender equality and promote women.

She said she belileves there’s a general realization of the need to increase female participation in Church leadership: “By that I don’t necessarily mean in the clerical leadership, but as Pope Francis regularly says, women play very important roles within the Catholic Church, in dioceses, in schools, in hospitals, not to mention the fundamental role of religious sisters who are central to the work of the Church across the globe.”

“It’s about recognising the important contribution of women, giving women a voice at every opportunity, allowing them to contribute to decision-making, which I think is a very important step forward in these appointments and in some of these Councils that have been developed,” she said.

As a woman working in the Vatican, Ambassador Porro says she has always been listened to and welcomed. She noted that there are 18 or 19 women ambassadors to the Holy See at the moment, and said they feel as affirmed and respected as their male counterparts.

“There have been some pretty fundamental changes happening over the past months and years,” she said.

Ambassador Porro concluded saying she hopes to see an increasing number of appointments: “There’s some real talent,” she said: “All these women are very qualified and bring a lot to their roles.” And she remarked on how the recent “initiatives and appointments are  bringing the realization that the benefits of gender equality are very real for everyone.”