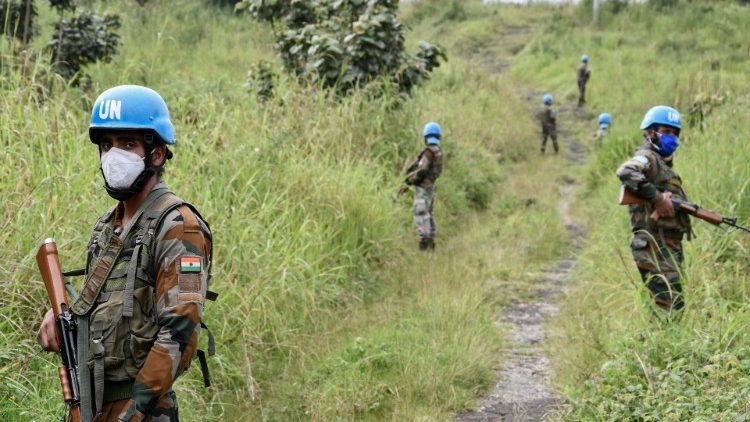 Only days after the fatal attack on the Italian Ambassador, more civilians have since been massacred in the eastern province of the DRC.

North Kivu, in the eastern province of the Democratic Republic of Congo (DRC), where on 22 February, the Italian ambassador to the DRC, Luca Attanasio; Italian carabiniere, Vittorio Iacovacci and Mustapha Milambo, the Congolese UN driver were killed, there have already been several more massacres of innocent civilians, reports the Catholic news service, Agenzia Fides.

A local based NGO, the Centre for the Promotion of Peace, Democracy and Human Rights (CEPADHO), in a message to Agenzia Fides, has detailed the massacres since the killing of the Italian Ambassador.

According to CEPADHO, at least 23 civilian victims have died in attacks in the areas of Beni (North Kivu) and Irumu (Ituri) within the last few days: 17 in Kisima in the Ruwenzori district, one in Oicha (capital of the Beni region), 2 in Kokola in the Beni-Mbau district and 3 in Kpolimumu, Irumu district.

Before that, five civilians were killed in a massacre in Musandba (5 km northwest of Oicha), Beni-Mbau district and in a series of ambushes carried out on the Beni to Kasindi road.

ADF/MTM -a major perpetrator of violence in eastern Congo

There are several militias, mercenaries and terrorist groups operating in the eastern province of the DRC. However, CEPADHO has attributed the recent attacks on civilians to a rebel group, originally from Uganda, the ADF (Allied Democratic Forces).

The group has been carrying out attacks in the eastern part of the Democratic Republic of Congo (DRC) since the 1990s, when the rebels arrived on the scene with a political agenda. They have since abandoned their political demands and degenerated into a terrorist militia group involved in trafficking minerals from the eastern DRC. In recent years, militias of the ADF have taken to calling themselves “Madinat Tawhid wa-l-Muwahidin (MTM).” Their alleged “affiliation” to the Islamic State (IS) is the subject of controversy and speculation.

Iraq: An overview of the Church and of the country’s Christian communities