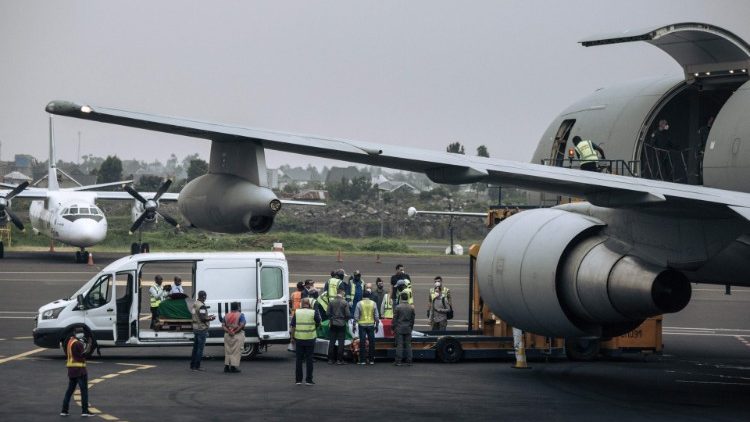 On Tuesday evening, Pope Francis sends a telegram to Italian President Sergio Mattarella noting the ‘exemplary witness’ of the Italian Ambassador, and the ‘expert and generous service’ of the police offier both slain in an attack on Monday.

In a message sent via telegram to Italian President Sergio Mattarella on Tuesday evening, Pope Francis expressed his sorrow regarding Monday’s attack in the Democratic Republic of the Congo which left the Italian Ambassador, Luca Attanasio, a police officer and their Congolese driver dead. The three were travelling in a United Nations Convoy.

Pope Francis said in the telegram that he was saddened when he heard the news. “I express heartfelt condolences to their families, the diplomatic service, and the carabinieri on the death of these servants of peace”, he wrote.

The Pope then praised the “exemplary witness” of the Italian Ambassador, Luca Attanasio, saying he was an excellent person and Christian. Pope Francis also noted the Ambassador’s dedication to “establish fraternal and cordial relationships, to restablish serene and harmonious relationships in the heart of the African country”.

Pope Francis also drew attention to Vittorio Iacovacci, a member of the Italian Carabinieri, also killed in the attack. He described Mr Iacovacci as “expert and generous in his service who was about to form a new family”.

The Pope closed his telegram with the following words to President Mattarella:

While I lift up prayers in suffrage for the eternal repose of these noble sons of the Italian nation, I encourage you to trust in God’s providence. None of the good accomplished is lost in His hands, even more so when it is confirmed through suffering and sacrifice. To you, Mr President, to the relatives and colleagues of the victims, and to all those who mourn their loss, I send my blessing from my heart.