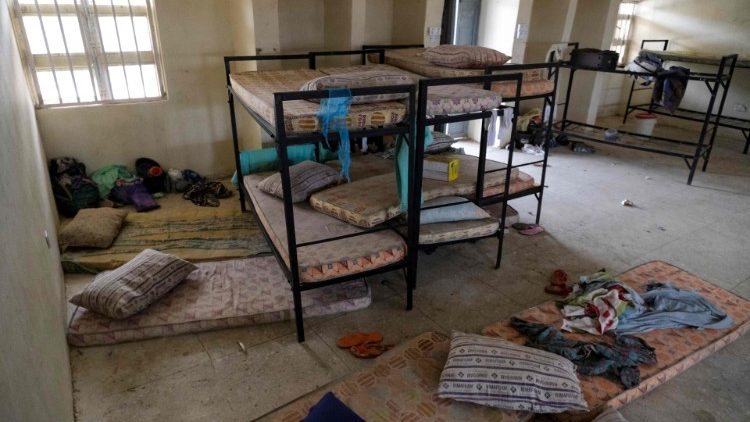 Pope Francis joins the Bishops of Nigeria in appealing for the release of 317 schoolgirls who were abducted in northwest Nigeria on Friday.

Speaking at the Angelus prayer on Sunday, Pope Francis forcefully condemned the “vile kidnapping of 317 girls” in Nigeria’s Zamfara State.

He invited everyone to pray for them, so that they might return home soon.

“I am near to their families and to them,” said the Pope. “Let us pray that Our Lady might keep them safe.”

And he led the faithful in the recitation of the Hail Mary.

The incident took place on Friday morning in the town of Jangebe, in Nigeria’s Zamfara State.

The state’s Information Commissioner said they carried the girls off in vehicles and on foot. Security forces launched a search for the abducted schoolgirls.

Friday’s attack follows on the heels of a similar kidnapping earlier last week.

One student was killed and 42 people were spirited off from a boarding school in the north-central state of Niger in the earlier incident. They were released on Saturday, according to the Zamfara State governor.

The Catholic Bishops of Nigeria have decried the deteriorating situation in the country.

They released a press statement on 23 February, following on the heels of the first kidnapping but before this most recent attack.

“We are really on the brink of a looming collapse, from which we must do all we can to pull back before the worst overcomes the nation,” wrote the Bishops.

They said insecurity and corruption have put into question “the very survival of the nation.”

The Bishops also called on the government to step up to the challenge of seriously governing, especially as armed groups threaten to take the law into their own hands.

And they list a host of crises afflicting Nigerians, including “assassinations, Covid-19, kidnappings, murders, banditry, and armed robberies.”

“We, of the Catholic Bishops’ Conference of Nigeria, with members from all parts of Nigeria, are very highly disturbed about the present state of instability in the land,” read the statement. “This must not be allowed to continue to fester and degenerate.”