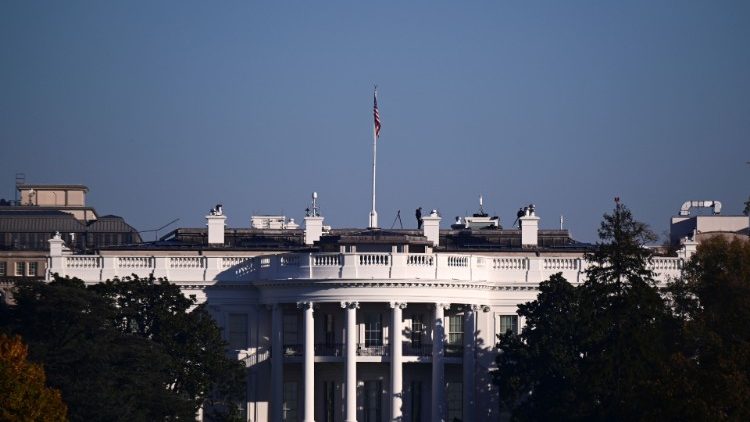 The United States now faces the test of reconciliation after the most divisive presidential elections in the country’s recent history. From Lincoln to Pope Francis comes a reminder of the value of unity in diversity, an essential condition for the construction of the common good and the progress of society.

“A house divided against itself cannot stand”. On June 16, 1858, Abraham Lincoln, a Senatorial candidate at the time, pronounced this sentence, inspired by the Gospel of Mark (3:25), in a speech aimed at emphasizing how the young American democracy could not endure with half of the States allowing slavery. That speech of the future president of the United States, cited countless times in the last century and a half, remains an ever-present injunction to the American people, inscribed even on its seal with the words chosen by the Founding Fathers recalling the principle of unity: E pluribus unum.

It is precisely unity, which “is greater than conflict” as Evangelii Gaudium puts it, that is strongly evoked at this moment after the most divisive and polarizing American presidential elections in the country’s recent history. “Now is the time for our leaders to come together in a spirit of national unity”, said the president of the U.S. bishops, the Archbishop of Los Angeles José H. Gomez, in a message of congratulations to President-elect Joe Biden and Vice-president-elect Kamala Harris. Moreover, the American media, almost unanimously, put the theme of national reconciliation as the most urgent challenge (together with Covid-19 and the consequent economic crisis) that, as of next January 20, the next resident of the White House will face.

Significantly, last June 30, Pope Francis focused on the issue of unity in a message to the Catholic Press Association, to which Catholic communications organizations in North America belong. “E pluribus unum, the ideal of unity amid diversity, reflected in the motto of the United States”, observed the Pontiff, “must also inspire the service you offer to the common good. How urgently is this needed today, in an age marked by conflicts and polarization from which the Catholic community itself is not immune. We need media capable of building bridges, defending life and breaking down the walls, visible and invisible, that prevent sincere dialogue and truthful communication between individuals and communities”. Words addressed to the media, but also applicable to other areas of American society.

Certainly, unity for the Pope does not mean uniformity. Even in this particular context, we are aided by the image of the polyhedron which, in Francis’ vision, “reflects the convergence of all its parts, each of which preserves its distinctiveness”. This model is all the more valid for a nation that from its birth presents itself as plural: multi-ethnic, multicultural and multi-religious. This search for unity – corroborated by social friendship to echo Fratelli tutti – is not, however, an end in itself, but tends toward the promotion of the good of the person and the community. The two were at the heart of Francis’ speech before the United States Congress (a first for a Pope on Capitol Hill), which took place on September 24, 2015.

“If politics must truly be at the service of the human person,” was his exhortation on that occasion, “it follows that it cannot be a slave to the economy and finance. Politics is, instead, an expression of our compelling need to live as one, in order to build as one the greatest common good: that of a community which sacrifices particular interests in order to share, in justice and peace, its goods, its interests, its social life”. Addressing himself directly to the members of U.S. congress, the Pope said: “I do not underestimate the difficulty that this involves, but I encourage you in this effort”. An exhortation that today, in such a delicate moment in the history of the United States, echoes even more strongly.