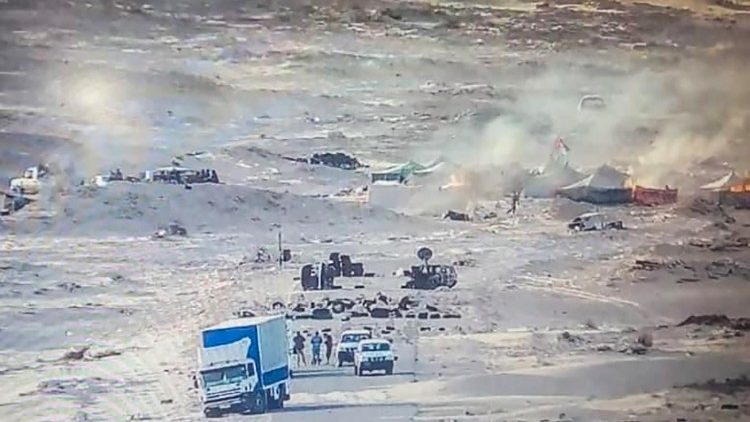 The United Nations has called for action in the Western Sahara, where a 30 year-long ceasefire has been broken, with both sides blaming one another and declaring war.

The United Nations has confirmed fighting between the Polisario Front and Moroccan forces, and launched an appeal to lower tensions.

A claim by the pro-indipendence Polisario Front has lead to the end of a 30 year-long ceasefire in Western Sahara.

The Polisario Front has made claims that the Moroccan government, whom they consider occupiers of the territory, made an attack on the region, breaking a deal signed in 1991.

The Polisario Front is a Sahrawi rebel national liberation movement aiming to end Moroccan presence in Western Sahara and is considered the legitimate representative of the Sahrawi people by the United Nations.

Western Sahara, which is home to the Sahrawi nomadic ethnic group, is a long disputed region, stretching between Morocco, Mauritania and Algeria. Around 80 percent of the territory is administered by Morocco under the supervision of the UN peacekeeping mission. The Polisario Front is outlawed in the parts of Western Sahara under Moroccan control, and it is illegal to raise its party flag there.

On Friday, Rabat’s government announced a “military operation” to put “an end to the state of obstruction resulting from these movements and re-establish freedom of civil and commercial movement.” In response, a group of Sahrawi civilians and activists gathered near the town of Guerguerat, in the southwest corner of Western Sahara, and blocked the only road connecting Morocco to Mauritania and the rest of Africa.

Tensions have risen over the past weeks in the area, which is a United Nations-designated “buffer-zone,” following accusations of breaching the three decade-long truce from both sides.

The Polisario Front fought against Spain and declared independence under the name of Sahrawi Arab Democratic Republic (SADR) in 1976, but this was soon followed by a war against the Moroccan military that last more than 16 years, ending in 1991’s UN-brokered ceasefire.

Tens of thousands had to flee the conflict, and now live under harsh conditions in refugee camps in Tindouf, Algeria.

The UN has already made “multiple initiatives to avoid an escalation,” UN spokesperson Stephane Dujarric said.

“The secretary-general remains committed to doing his utmost to avoid the collapse of the ceasefire that has been in place since Sept. 6, 1991, and he is determined to do everything possible to remove all obstacles to the resumption of the peace process,” Dujarric added.