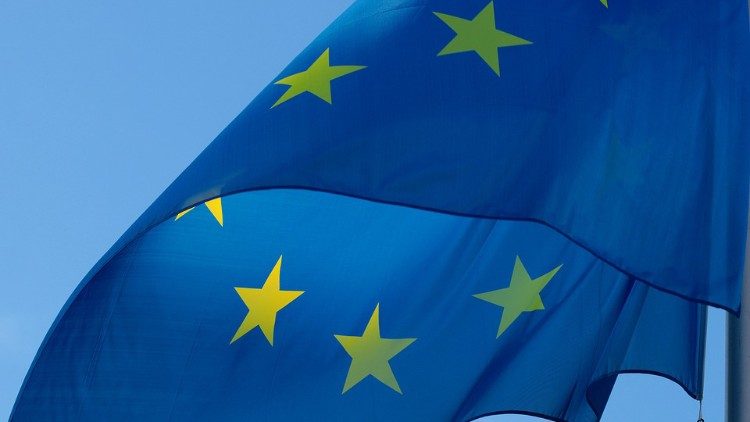 The Bishops Conferences of Europe highlight the values of solidarity, fraternity and unity as keystones to guiding the continent’s path to a better society.

The Bishops of Europe have addressed a message of hope and a call to solidarity to European Institutions and Member states amid the health crisis that has overwhelmed the world these past months.

In a message released on Wednesday under their umbrella body, COMECE, they reiterated their commitment to the construction of Europe and to its founding values of “solidarity, freedom, inviolability of the human dignity, democracy, rule of law, equality and defence and promotion of human rights.”

Inspired by Christian faith, which “is the ultimate foundation of our hope and universal brotherhood,” the Bishops also reaffirm their will to strive, together with other sister Churches and ecclesial communities, to “build a universal fraternity that leaves no one out.”

Highlighting some of the wide-ranging effects of the Covid-19 health crisis, they noted that the pandemic has shaken many “previous securities and has revealed our vulnerability and our interconnectedness.”

Many, the Bishops noted, were worried that the EU itself “as an economic, political, social and cultural project, was at risk.”

However, propelled by the realization that everyone is in the same boat and we can only save ourselves by staying together, the EU is demonstrating its capacity to rediscover the spirit of the Founding Fathers and is beginning to respond in a united manner. This spirit, the Bishops hope, will be reflected in the Covid-19 recovery instrument and the reinforced EU budget for 2021 – 2027.

The future of the European Union does not depend only on economy and finance, but also on a common spirit and a new mindset, the Bishops stressed.

In this regard, efforts should not be simply devoted to returning to the “old normal.” Instead, the continent must take advantage of the crisis to bring about a “radical change for the better” by rethinking the present models of globalization, guaranteeing respect for the environment, openness to life, social equality, protecting the dignity of workers and the rights of future generations.

The Bishops also pointed out that Pope Francis’ Encyclicals Laudato sí and Fratelli tutti can be a source of inspiration for shaping a new civilization. In Fratelli tutti, the Bishops note, Pope Francis “calls on the whole of humanity to universal brotherhood and social friendship, not forgetting those on the margins, wounded and suffering”. At the same time, the principles of Catholic Social Teaching, with their emphasis on human dignity, solidarity, preferential option for the poor and sustainability, can guide the path to building a different economic model in a post-pandemic society.

COMECE stressed the importance of solidarity as a fundamental principle of the Social Doctrine of the Church as well as being at the core of the European Integration process.

Solidarity, the Bishops said, “is to be understood in terms of ‘doing together’ and as ‘being open to integrate everyone’,” including those on the margins.

In this light, the Bishops appealed for the Covid-19 vaccine, when it becomes available, to be accessible to all, especially to the poor. They also called for increased humanitarian aid and development cooperation, and for military spending to the redirected towards health and social services.

Care for Migrants and refugees

The European Bishops noted that solidarity towards refugees should not only involve funding but extended to include “opening up the borders of the European Union proportionally by each Member State.”

They proposed that the Pact on Migration and Asylum presented by the EU can be a step toward establishing a common and just policy on migration. However, they said, it must also be carefully evaluated. Besides, certain principles and international legal obligations have to be respected “regardless of the persons involved.”

On this issue, the Bishops recommend collaboration with Church institutions and private associations already working in this field.

They further stressed the respect for the freedom of religion of believers, in particular, “the freedom to gather together to exercise their freedom of worship, in full respect of sanitary requirements” during the pandemic.

During these months of pandemic, the Bishops note that they have witnessed “so many signs that open us up to hope,” from the work of health personnel, to caregivers for the elderly and the gestures of ecclesial communities – notwithstanding the difficult moments, including times of suffering, loneliness and sometimes, death.

The Bishops recalled Pope Francis’ Urbi et Orbi message on Easter Sunday when he noted that Europe was able to rise again and overcome the rivalries of the past after the Second World War. For the Pope, they noted, it is important that “these rivalries do not regain force, but that all recognize themselves as part of a single family and support one another.”

Therefore, whether the world will be better or worse after the crisis, or whether we will come out strengthened in solidarity or not, the depends on us, the Bishops stressed.

Concluding, the European Bishops expressed their hope that Europe can come out from this crisis “stronger, wiser, more united, exercising more solidarity, caring more for our common home, being a continent that pushes the whole world forward towards greater fraternity, justice, peace and equality.”

Pope to Passionists: Renew mission with gestures of love and gratitude

Bishops of Britain and Scotland call for protection of vulnerable migrants