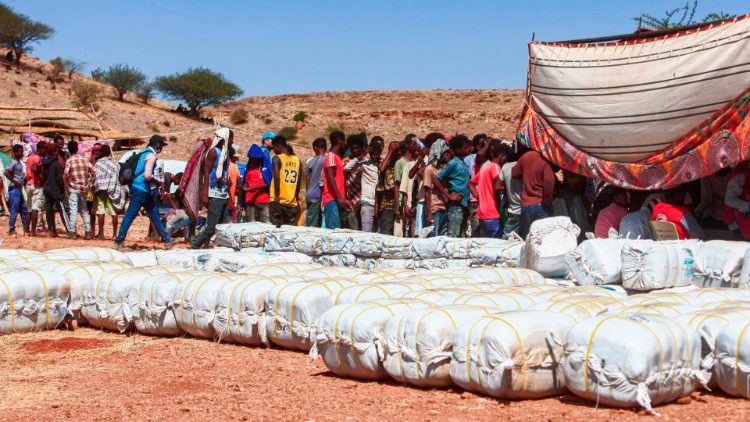 The UN refugee agency (UNHCR) says the fighting in Ethiopia is leading to a full scale crisis with thousands of people fleeing into neighbouring Sudan.

A “full-scale humanitarian crisis”: That’s how the United Nations refugee agency is describing the situation unfolding in Ethiopia.

The UNHCR reported on Tuesday that more than 27,000 people have fled into Sudan.

UN agencies said some 4,000 people a day, including men, women and children, were escaping the conflict.

Jens Laerke, spokesman of the UN Office for the Coordination of Humanitarian Affairs (OCHA), told a briefing on Tuesday, “There may be massive displacement inside Tigray and that is of course a concern and we try to prepare the best way possible.”

The unfolding crisis comes as Ethiopia’s prime minister Abiy Ahmed warned on Tuesday that a deadline for rebel northern forces to lay down arms had expired, paving the way for a final push on the Tigray region’s capital in the two-week conflict.

The Prime Minister announced a military offensive on Nov. 4 against the regional government in Tigray in response to an attack by Tigray forces. Each government regards the other as illegal after a months-long dispute.

Most of the refugees arriving in Sudan have walked long distances or in some cases have swum to reach safety.

Officials had already predicted an influx of at least 200,000 refugees into Sudan.

UNHCR said it was working with Sudanese authorities to “mobilize resources to provide life-saving assistance services to the new arrivals.”

In a tweet on Monday, Filippo Grandi, the UN high commissioner for refugees, appealed for assistance to help the Sudanese government respond to the situation on its borders.

There are concerns that this new influx of refugees will add to Sudan’s economic and security problems. Ethiopians fleeing chaos back home were being moved to the Um Rakouba refugee camp in eastern Sudan.

The head of the camp, Abdel-Baset Wadaa, appealed for support, saying that although they had water, food was in short supply.