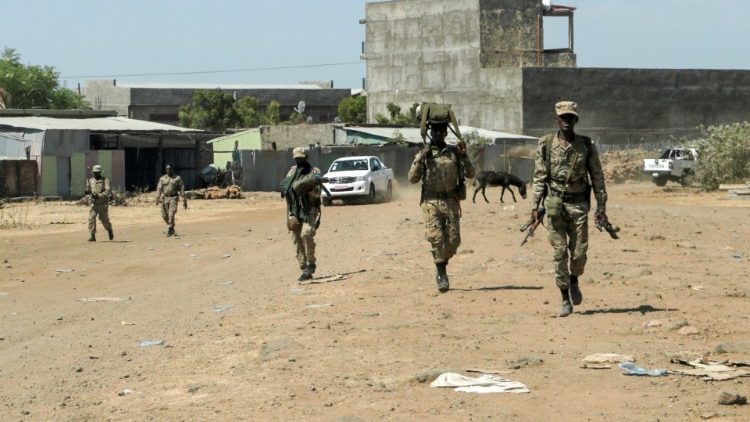 Tensions between Ethiopian federal authorities and Tigray’s regional government have led to the brutal killings of several civilians as insecurity mounts in the east-African country.

Scores and likely hundreds of civilians have been killed in Ethiopia’s Tigray region amid the fighting between the federal and regional governments, according to a report by Amnesty International.

“We have confirmed the massacre of a very large number of civilians, who appear to have been day laborers in no way involved in the ongoing military offensive,” said Deprose Muchena, Amnesty International’s Director for East and Southern Africa.

The human rights organization said that the killings took place in the Mai-Kadra region, South West of Tigray on Monday night based on satellite images it had obtained.

Though media sources cannot confirm the group responsible for the killings, Amnesty International says that witnesses allege that forces loyal to the Tigray People’s Liberation Front (TPLF) carried out the killings, apparently after they suffered defeat from the federal troops.

The Ethiopian government has been under pressure to de-escalate tensions with the northern region of Tigray as the growing conflict threatens to spiral into a full-blown civil war which could put negatively impact the country’s growing economy and put millions of Ethiopian citizens at risk.

Already, thousands of Ethiopians have fled the country into neighboring Sudan and the Sudanese government is putting plans in place to welcome the rapidly growing numbers.

The current tensions in Ethiopia began in August after the Prime Minister Abiy Ahmed-led government rescheduled elections for next year because of the coronavirus pandemic. However, the regional government of Tigray organized its own elections in September with over two million people going to the polls.

The Ethiopian government, in retaliation, placed sanctions on the Tigray state, setting into motion a series of recriminations between the state and federal government.

The TPLF which runs Tigray state has been the most powerful member of Ethiopia’s ruling coalition for decades but Prime Minister Abiy’s election in 2018 has curbed its influence.

Last week, Prime Minister Abiy, a 2019 Nobel Peace Prize recipient, announced the launch of military operations into Tigray, shocking many with the decision. When he came into power, he had promised to guide the country into a time of peace and national reconciliation.

Prime Minister Abiy has also imposed a six-month-long state of emergency on Tigray, declaring its legislature void. Since then, internet and communication lines into the region have been blacked out, further hindering the provision of aid by humanitarian organizations to civilians caught in the conflict.

On Sunday, after the recitation of the Angelus Prayer, Pope Francis expressed concern about the news of the escalating violence in Ethiopia and called on authorities to “reject the temptation of armed conflict.” He also invited all Ethiopians to “prayer and to the fraternal respect for dialogue and the peaceful resolution of discord.”

In a similar manner, Ethiopian Bishops, in a statement last week, appealed to the parties to “resolve their differences amicably, in a spirit of respect and understanding,” and called for the people to “live together in respect, concentration and dialogue” for the prosperity of the country.

Despite international pressure and appeals from the AU, religious leaders and human rights organizations, Prime minister Abiy has pressed on with his military operation in the Tigray region.