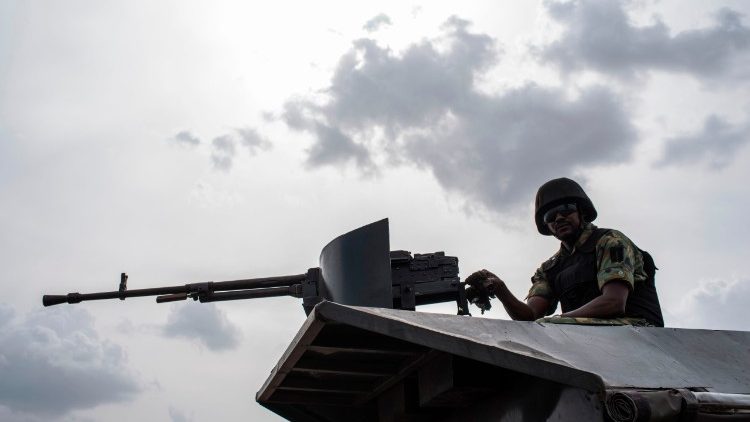 Members of the Boko Haram terror group have clashed with Nigerian Army troops in a recent ambush attack.

The attack, which took place along the Maiduguri-Damboa highway occurred around 7 p.m. on Tuesday, when troops of a task force brigade were on clearance operations. The team came in contact with an unconfirmed number of Boko Haram insurgents who were lying in ambush and a gunfight ensued.

However, the Nigerian Army, confirming Tuesday’s attack in a statement, said that only two soldiers died and four others were injured. It also claimed to have killed 17 Boko Haram members during the gunfire exchange.

The Nigerian Army encouraged the residents of the area to “remain calm, law-abiding and continue with their routine activities”, as “all necessary measures” have been put in place to ensure that all the routes in the area are safe for commuting.”

This latest ambush is one of many in the ongoing string of violent attacks by the Boko Haram terror group, especially in Northern Nigeria.

In January 2020, a regional leader of the Christian Association of Nigeria (CAN) was kidnapped and later killed by the terror group. Also, in February 2018, over 100 schoolgirls were kidnapped in Dapchi.

Boko Haram has killed more than 27,000 people in Nigeria and displaced approximately 2.3 million others. Many have left Nigeria and fled into Cameroon, Chad or Niger.