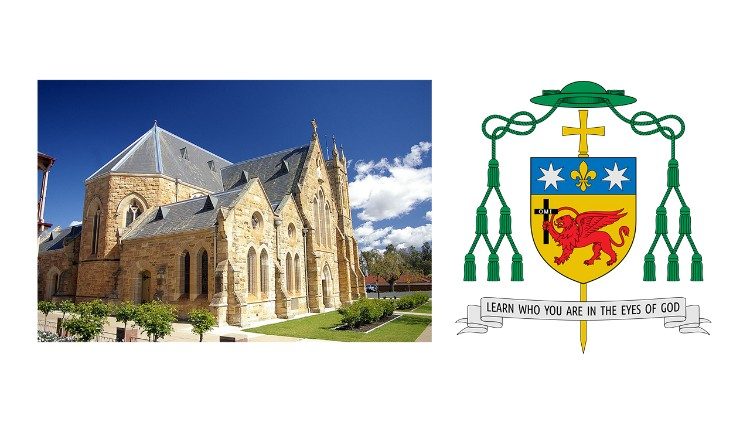 He has been serving as Auxiliary Bishop of Melbourne with the titular see of Garba.

Bishop elect Mark Stuart Edwards was born in Balikpapan, Indonesia in 1959. He moved to Australia in 1962.

After attending Saint Leonard’s Primary School in Glen Waverley and Mazenod College in Mulgrave, he received his Bachelor of Science degree at Monash University in Melbourne.

In 1980 he entered the Novitiate of the Oblate Missionaries of Mary Immaculate and completed his ecclesiastical studies at the Catholic Theological College in Melbourne and the Melbourne College of Divinity.

After priestly ordination he continued his training at Monash University in Melbourne, obtaining a Doctorate in Philosophy and a Baccalaureate in Literature and Education.

He was appointed by Pope Francis, Bishop of Garba and appointed Auxiliary Bishop of Melbourne on 7 November 2014; he was consecrated the following 17 December.

He is a Member of the Committee for Catholic Education for the Australian Bishops Conference.

Wagga Wagga is the major city of the Riverina and the largest inland city in New South Wales.

Its population is estimated at nearly 56,500, of which over 31 per cent are Catholic.

Philippine Nunciature warns against person claiming to be close to Pope