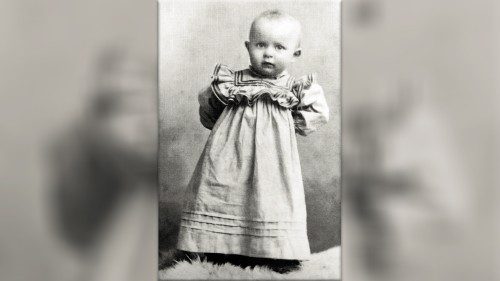 Karol J. Wojtyła, known as Pope Saint John Paul II, was born on 18 May 1920 in a modest apartment in Wadowice, a small city about fifty kilometres from Krakow, Poland. The Wojtyła family lived in this home from 1919 – 1938, when Karol was eighteen years old.

Today, that building on Kościelna Street is the John Paul II Family Home Museum, which attracts approximately 250,000 visitors annually. It was opened on 12 April 2010 by the Polish Ministry of Culture and National Heritage, the Małopolska region, the Wadowice Township and the Archdiocese of Krakow.

Oboza explains that the Family Museum of John Paul II was created in 1984 but was reopened in 2014, after nearly four years of renovation. It is now an ultramodern and multimedia museum where visitors can retrace the life of Pope Saint John Paul II through the artefacts it contains.

When asked how visitors can visit the museum amid the coronavirus pandemic, Oboza invites everyone to the museum’s website, which offers virtual tours to the public. He remarks that the museum itself is currently closed but will soon be reopened to its many visitors.

The process for the beatification of Emilia Kaczorowska and Karol Wojtyła senior, the parents of Pope Saint John Paul II, began on 7 May in the Basilica of the Presentation of the Blessed Virgin Mary in Wadowice.

Oboza points out that the museum contains objects such as a silver handbag, photographs and documents that belong to John Paul’s parents. It also contains a gold medallion that was probably a wedding gift from the saint’s father to his wife at their marriage in 1906 in Cracow.