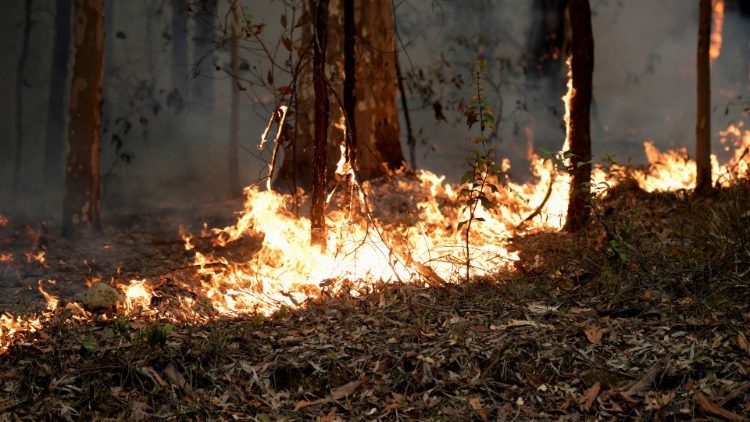 Pope Francis assures the Australian people, especially the victims and all those in the areas devastated by huge wildfires, of his closeness and prayers. He made the comments on Thursday during his annual address to the Diplomatic Corps. Meanwhile, the Australian state of Victoria has extended a state of disaster ahead of forecasted hot weather.

Smoke billows into the air as many parts of Australia continue to burn threatening towns and communities.

As the hot weathered returned fanning massive bushfires, Australian authorities on Thursday called for another mass evacuation across the southeast of the country.

Victoria state Premier Daniel Andrews said a state of disaster would be extended for the least the next 48 hours.

Parts of Kangaroo Island in South Australia, has seen a third of the island destroyed by the wildfires and many residents had decided to pack up their belongings and leave.Listen to the report

The gravity of these bushfires cannot be underestimated; twenty-seven people have been killed this fire season and scores of animals have died and thousands of Australians have been made homeless.

The Australian Bureau of Meteorology reported only 6% of usual annual rainfall last year, while daytime temperatures were more than 3.6 degrees Fahrenheit above normal. Weather experts predict this trend is likely to continue.

With these fires showing no signs of abating, more firefighters from the US and Canada are expected to arrive to provide support. Australian Prime Minister Scott Morrision has also pledged 1.4 billion US dollar to a newly created National Bushfire Recovery Agency.